Form 1099-C (Cancellation of Debt) is used to declare amounts of $600 or more that is forgiven or canceled by a lender or creditor, including the abandonment of secured property or a foreclosure. The amounts reported on the form may include principal, interest, fines, late fees, penalties, and administrative costs. This can include debt from credit cards, loans, mortgages, etc.

Many financial institutions aren’t diligent about filing these forms on time and may issue them years after the taxpayer’s had filed their tax returns. This became a significant issue after the 2008 recession as many taxpayer’s who had foreclosures on their properties received their 1099-C forms  2 – 5 years after 2008.

Unfortunately, this income is considered taxable at a 15.3% tax rate. However, you can reduce this tax by appropriately claiming Insolvency.

To be insolvent means an inability to pay one’s debts. If the taxpayer has other liabilities or debts greater than their assets the taxpayer can claim insolvency.

The taxpayer should provide the accountant with other liabilities that existed during this time period that inhibited the taxpayer from paying this debt. These amounts include but are not limited to: 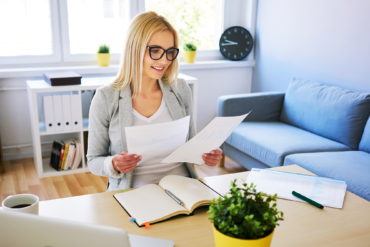 12 Aug
If you purchased a new vehicle that runs on electricity drawn from a plug-in rechargeable battery, you may be eligible to claim the qualified plug-in ...

12 Aug
You might be able to deduct qualified medical expenses that are more than 7.5% of your adjusted gross income. For tax returns filed in 2022, taxpay...